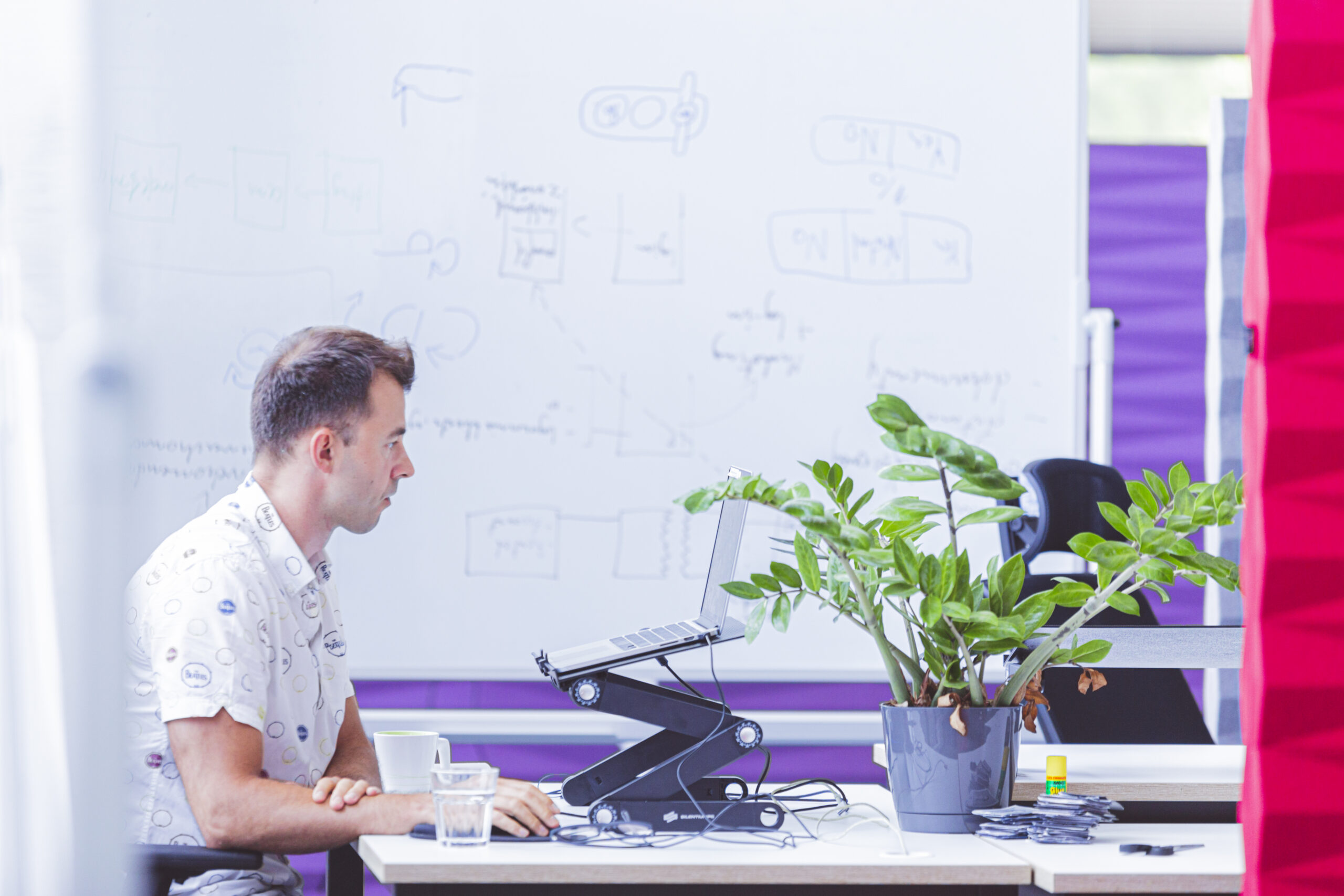 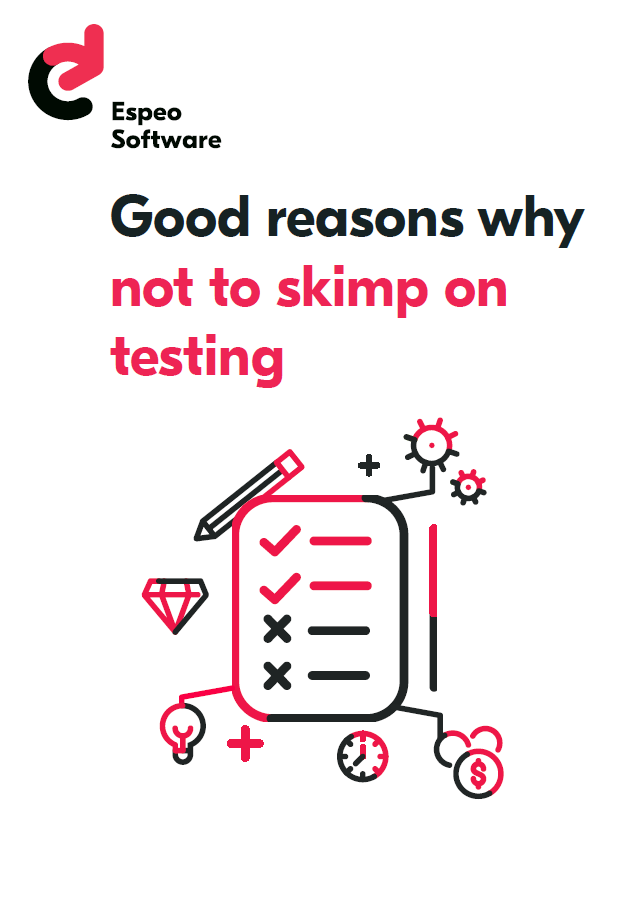 Download our report and learn the ROI for testing services and the main reasons why not to skimp on it.

In recent years, the interest in automation testing has grown significantly and despite the fact that manual testing still has a leading position, automation is about to replace it quite soon.

Despite the fact that automation testing is an integral part of the software development process, it is becoming more sophisticated in techniques and more user-friendly when it comes to design. Taking this into consideration, what automation testing tools are in use in 2022? To figure it out, I conducted an investigation and collected some most popular test automation trends that will determine the future of testing.

Nowadays, microservice architecture is a good solution, and it is used in more and more projects. It structures application as a collection of services that are highly maintainable, independently deployable, and built around business capabilities. Such applications are highly scalable and with better performance.

In addition to this, companies start investing into API testing more. The reason for this is that it allows developer operations, quality assurance, development, and other teams to begin testing an application’s core functionality before the user interface is ready. As a result, it is easier to find bugs earlier and fix them faster.

Some specialists argue that the testing pyramid is not relevant anymore, and that it has to be modified.

However, a lot of services in microservice architecture are still valid and take into consideration the fact that applications consist of many microservices and testing them together with the intercommunication among them is of vital importance. Integration testing evaluates application components on a broader level than unit testing and much better than UI testing. It ensures that we ‘communicate’ with databases, file systems, network appliances correctly, and receive accurate responses.

It is clear that because of COVID-19, more people switch their technology from hosted to a cloud-based solution. It is not as it used to be in the past, where everything was hosted and one had to develop everything from scratch. Nowadays, you just take open-source libraries, which are built in clouds, and start using them for your purposes and shaping them as per your convenience. According to the latest IT market research, cloud spending rose 37% to $29 billion in 2020 and will continue to rise in the following years.

Testing this type of systems requires certain knowledge, techniques, and tools that I believe are already widely used by testers. A great example of such a tool is testcontainers. It is a library that uses docker containers within a test and engineers are able to provide external dependencies and distributed code architecture (such as databases, streams, mocks and anything else that can be dockerized) to them.

Sometimes we don’t discover an issue until it’s in production, but with this type of technology such issues can be found during testing. With cloud services, there are many external dependencies, and testing them can be difficult. However, technologies like testcontainers allow you to create self-contained test environments that mimic real-world conditions. LocalStack is another good example of a tool for testing distributed cloud systems.

It is being observed that there is a growing demand for analyzing non-functional requirements that were an area that most companies ignored for many years. Currently, there is a huge amount of applications on the market. Companies compete for each and every user and in order for a company’s product to be more attractive for them, such types of tests as accessibility, security, performance, reliability, and reusability testing are becoming more important than ever.

Understanding the basis of these non-functional areas is a must that all quality assurance engineers should have in order to apply these tests in testing strategy and increase the level of satisfaction of end users.

One other trend is a significant increase in low-code and codeless test automation. According to Gartner, 65% of all software startups including automation testing tools will be low code by 2024. However, making easy-readable code and creating codeless test automation also takes time and effort. The remote working environment complicates this process even more, as the communication in teams and implementation processes are slower than before the pandemic.

What is more, as we try to shape software quicker and faster, we need to do more different kinds of testing. One of them is exploratory testing. At this point, many people involved in the testing process are not necessarily developers or people with technical backgrounds, so codeless automation is exactly what is needed so that they can help with the testing process and understand exactly what to test.

Currently many easy-to-use codeless test automation tools are being created in order to help quality assurance engineers with the testing process.

AI (Artificial Intelligence) is already changing testing in many various ways. The following are a few test automation scenarios that already leverage AI:

Of course such automation requires much knowledge, specific skills, analysis, and an understanding of complex data structures, statistics and algorithms. However, once obtained, it will be just a piece of cake for you. In addition to this, there are also many tools that can be used for AI-assisted automation such as ​​GitHub Copilot, DiffBlue and many more. Just try them out and explore all the potential of AI-assisted automation!

With the tremendous increase in mobile usage, mobile testing has become a buzz word in the technical world. As mobile applications become more prevalent and they have continuously updated software, there is more pressure to make them faster and responsive for users.

The following are some top trends in mobile testing that will demonstrate that testing cycles are becoming shorter and the common themes are faster testing tools. These trends will help in overcoming the mobile automation testing challenges greatly:

What’s next for automation testing?

Since mobility is a promising field, it needs to have an improved and robust mechanism for automation testing. As there are many challenges, this field would require excellent technical skills from both developers and testers.

All in all, while working with clients, tech teams often forget one vital thing: the client is their top priority and their work has to meet the clients’ expectations and needs in order to succeed. When it comes to software testing, automation solutions are based on clients’ unique goals. They pay off quicker due to lower operating costs, reduced lead times and increased output, so that is a very good way to make clients happy.

Automation testing trends in 2022 require learning more and harder, understanding new technologies, and paying much more attention to users’ needs than ever, in order to deliver high-quality software faster. Taking into consideration the fact that we live in a fast developing world, the above trends can not be ignored. For this reason, I strongly encourage you to have a closer look at them, good luck!