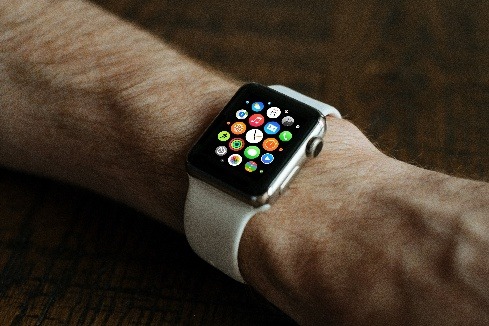 Apple Watch-ing: Why wearables and their apps are worth it

With a market estimated to be valued at $12.6 billion by the time 2018’s over, wearable devices appear to be here to stay, with activity trackers and the Apple Watch ruling the scene. The world of the wearables is still open to new concepts, so it looks like a good moment to develop your self-tracking projects or invest in a wearables startup – but creating the right app is the way to go. We’ve gone through some big data…

2015’s first quarter was the wearables’ eight consecutive quarter of steady growth, with $11.4m units shipped, and a whopping 200% increase from last year’s Q1 ($3.8m). And that was even before the Apple Watch hit the stores.

Big businesses and startups alike are paying attention (note the big names behind the most recent Quantified Self conference!). The adoption rate of the wearable device is speculated to mirror that of the tablet: in just two years, the percentage of tablet owners in the US soared from 20% (2012) to 40%. In 2014, around 20% of Americans were sporting – you guessed it – a wearable. Watch (sic!) this space?

Out of the 347 wearables available today, the ones most in-demand are those which monitor health stats, and activity trackers seem to take the first prize – but watch out for their toughest competitor, the Apple Watch, already the second-best selling wearable accessory. Some were eager to hail the Apple Watch a flop – but very few ‘flops’ can claim 75% of all smartwatch sales in a quarter and a 97% customer satisfaction rate.
Apple’s post-Jobs firstborn can certainly do more than a fitness tracker, and with the capabilities of WatchOS 2 it’s relatively easy for an experienced developer to create new Apple Watch apps. Its sales might still explode – it’s expected to ship more than 15 million this year, and with the wearable reaching the stores of an increasing number of third-party retailers (and the holiday season approaching), it looks like boarding the Apple Watch apps train could get you ahead of the competition… if it’s done well.

The market is bursting with new technologies – but it isn’t novelty wearables (and people) need, it’s more meaningful applications that take the human factor into consideration, as an influential PwC report has shown. Apps also require maintenance and regular updates, so it’s vital to bring in people who have experience in long-term co-operation to create them. Some businesses certainly won’t repeat the mistake of introducing something unfriendly and unusable, however cool it may seem in theory.

Naturally, a lot can still happen, but with uncertainty come great opportunities. Potential customers are often adopting the ‘wait and see’ approach, mentioning the lack of truly great apps for wearables. It’s up to the creative minds out there to harness all that big data and design devices and applications that meet real needs, and diligent teams to put those ideas into products. We’ll write about those as well, so stay tuned for more on the Quantified Self.

Any thoughts so far? Talk to us!
author: Natalia Brzozowska 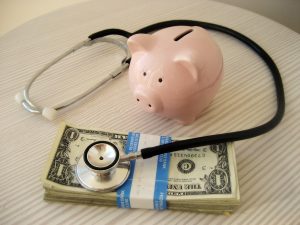 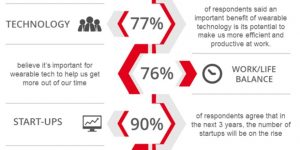 A wearable future is just around the corner (infographic) 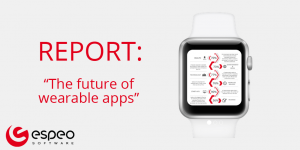