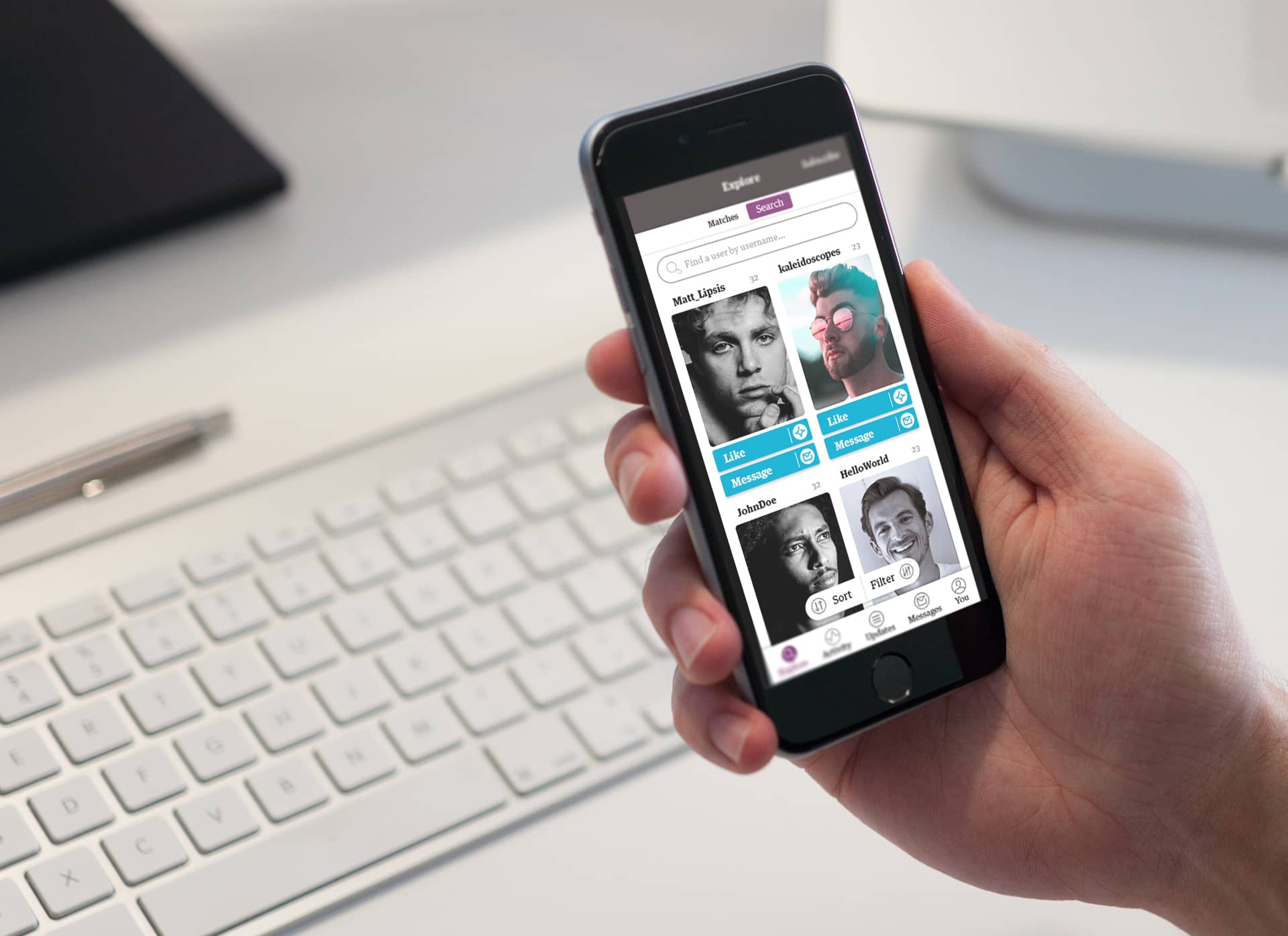 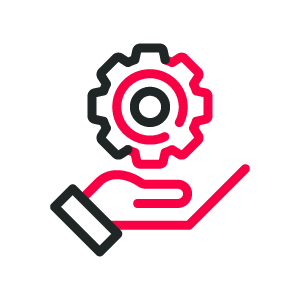 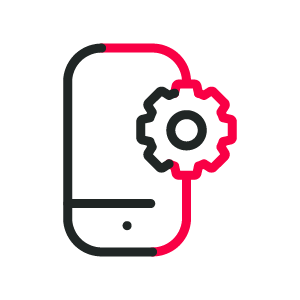 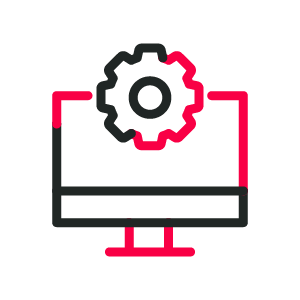 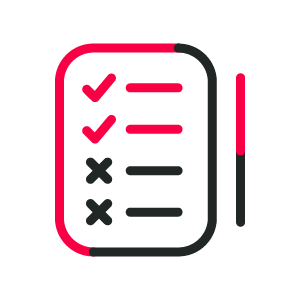 Guardian Soulmates launched in 2004 and was one of the first dating websites of its kind. Soulmates users could create dating profiles and meet like-minded individuals through the site. It catered to The Guardian readers and as the project evolved, it got more sophisticated in curating matches. However, its popularity also added to the complexity of the codebase. Competition from other dating apps made it essential to adapt quickly to market demands. A shift from dating websites that mirrored newspaper personals pages to algorithmic dating apps drove much of the innovation in the industry.

Additionally, since Soulmates handled a lot of sensitive personal data, it was also a delicate task to update its security practices. When Espeo developers took over in 2018, the biggest task for us was to get the service to be GDPR compliant and to create an Android app and maintain an iOS version that already existed. Our team took over from another software house and worked quickly to meet the GDPR compliance deadline.

Mobile demands in a changing market

Once the Espeo team picked up the Soulmates project, our main challenges were to keep the large amount of data secure and to create and test mobile versions of the service. Since the dating website collects and uses personal data to curate matches, users had to be confident Soulmates was handling it all correctly.

When we started the project, there was a lot of legacy code that was making it difficult to quickly launch mobile versions of the app. Poor architectural design from before Espeo took over the project led to an increasingly complex code base and a buggy product.

From project kickoff, our team had to get a good grasp of the code to identify spots to prioritize the work.

The first push was to be sure Soulmates was GDPR compliant because the deadline was fast approaching. For that, we had to work closely with The Guardian’s legal team as well as our main point of contact from Soulmates, Vivien.

GDPR compliance forced most companies to follow some strict guidelines, but especially those that rely on personal data to work. The risk of a data breach jeopardizes the company’s reputation and incurs huge fines. It’s why it’s vital to work with a team that really learns your business and proposes actionable steps to improve it. 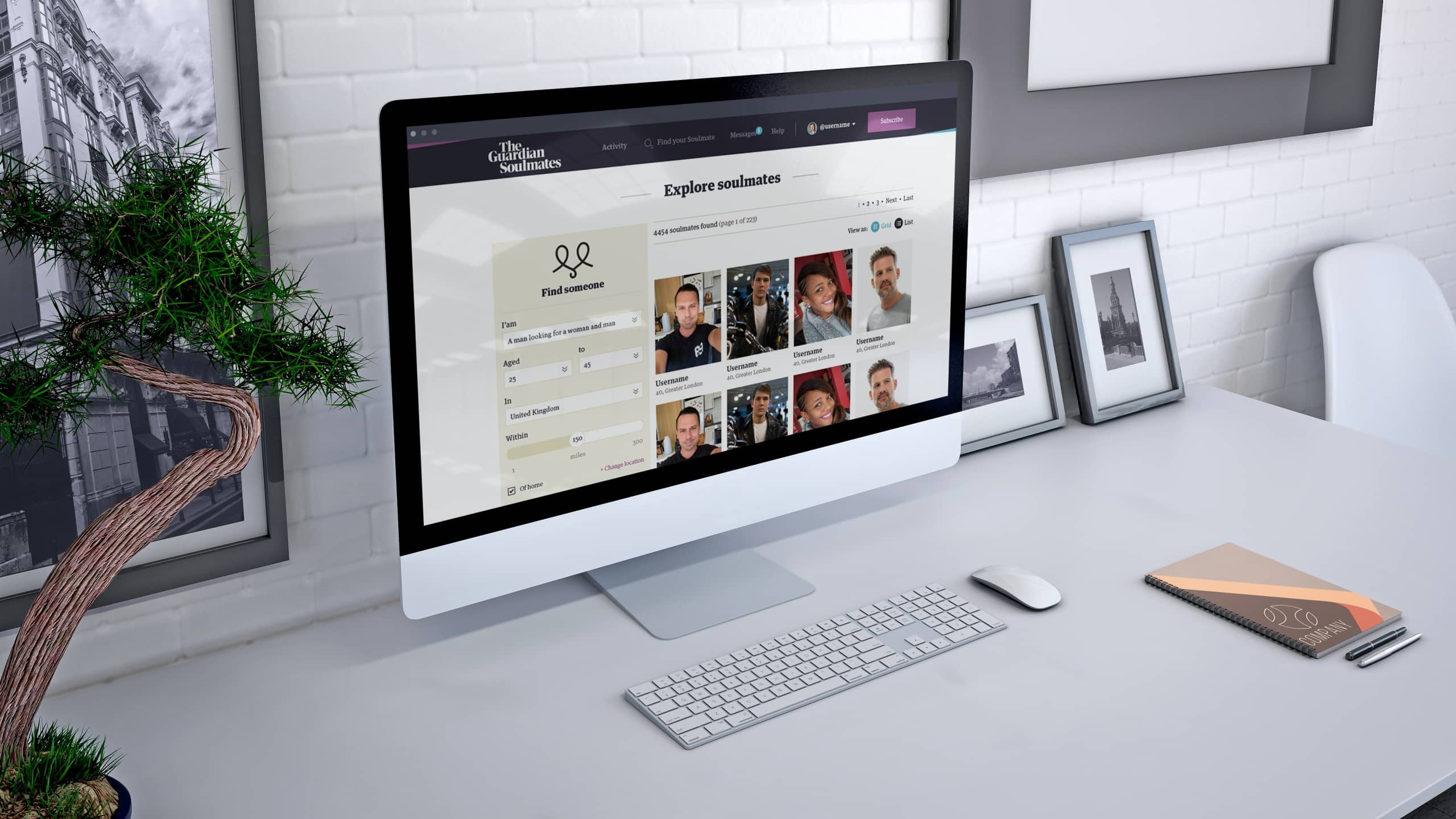 In addition to the GDPR compliance, Espeo developers also created a new mobile app for Soulmates to keep up with user trends. Even though Soulmates catered to a slightly more mature clientele than say Tinder, for example, the need for mobile versions of the app became essential to grow user numbers.

We created an Android app from scratch and maintained the iOS version and put them through thorough quality assurance testing.

Once the app launched, our work wasn’t over, though. We maintained the application and added new features, such as in-app purchases throughout 2019 and 2020. On the web version, we integrated Stripe payments as well. 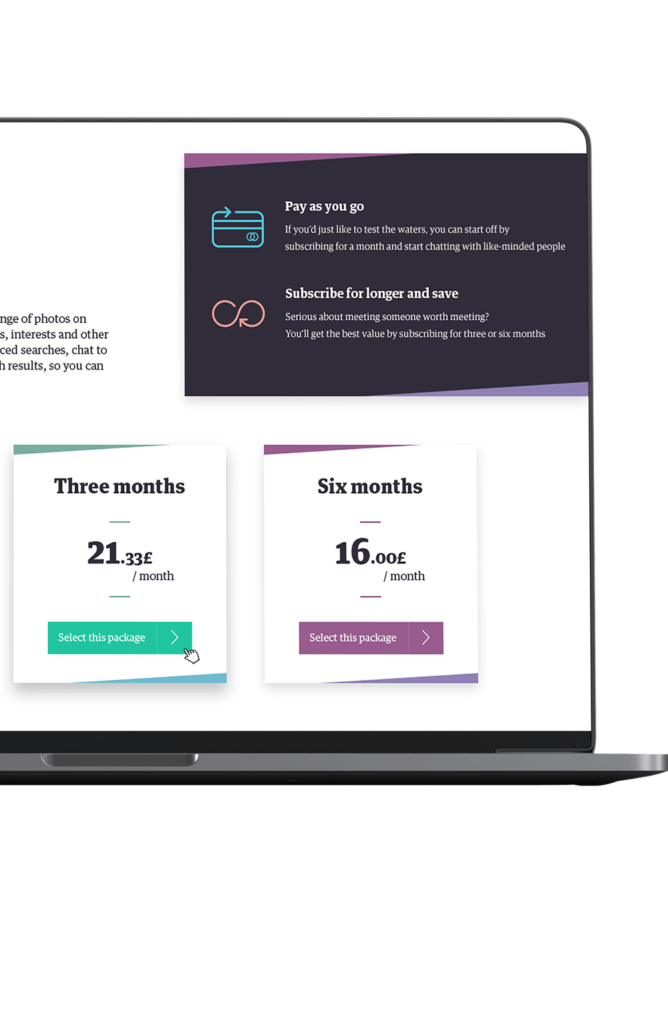 New, highly responsive mobile apps as well as a much more secure, GDPR compliant service were a few of the main outcomes of the Soulmates project.
Our work with such a large organization taught us a lot about untangling a difficult code base and sifting through it all to make sure it’s secure and, of course, fixing weak points. As one of our biggest projects to date, it’s one that we’re very proud of. Getting to develop and maintain Soulmates and to work closely with such an international company was great experience.
Guiding large-scale development and maintaining services is one area Espeo excels. The Guardian Soulmates team hired us to tame their unwieldy code base and get them GDPR compliant and kept us on to maintain the service.

“Working with Espeo over the last 12 months has been a joy. Extremely efficient, completing tasks in a timely manner whilst managing an effective relationship.” 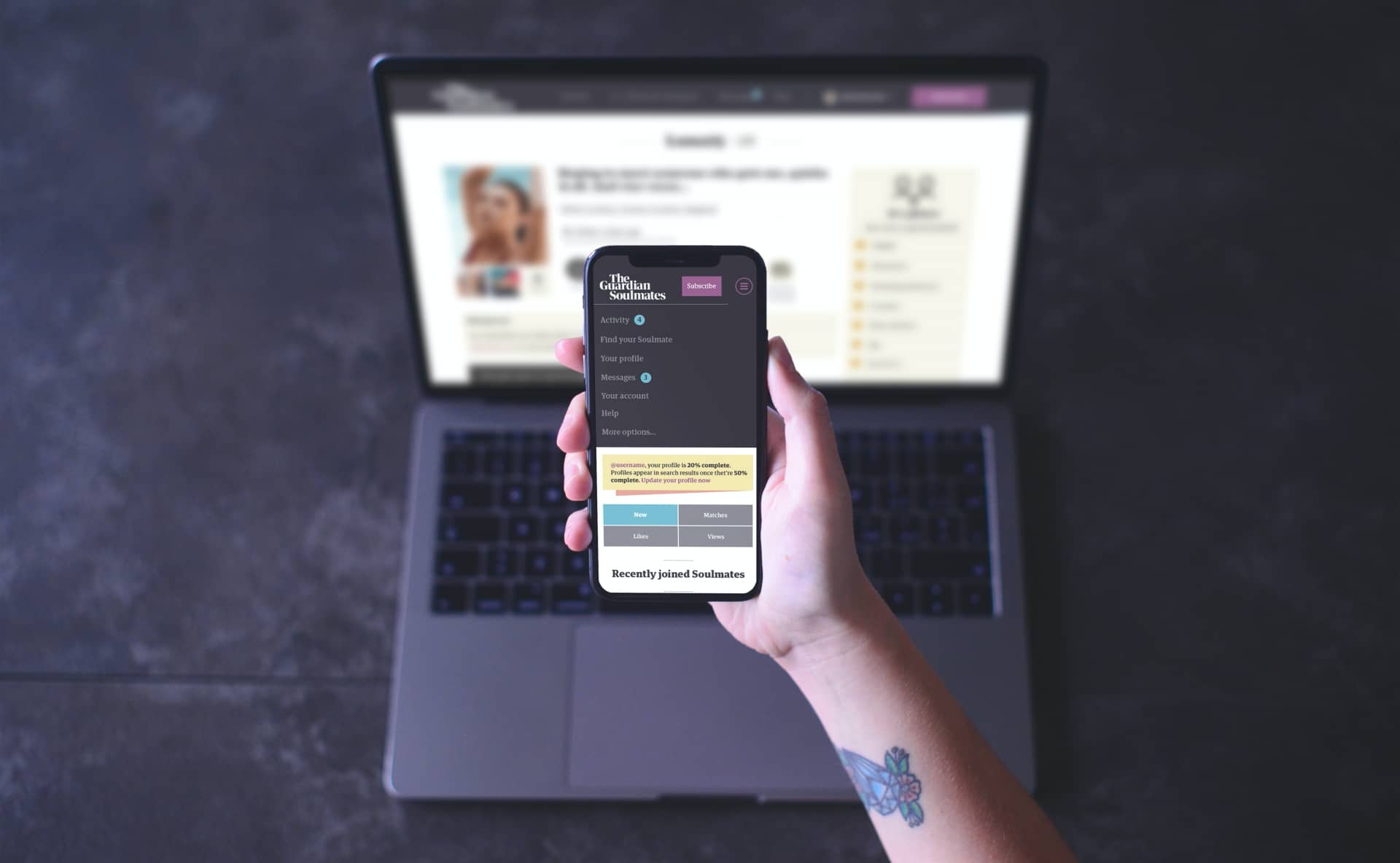 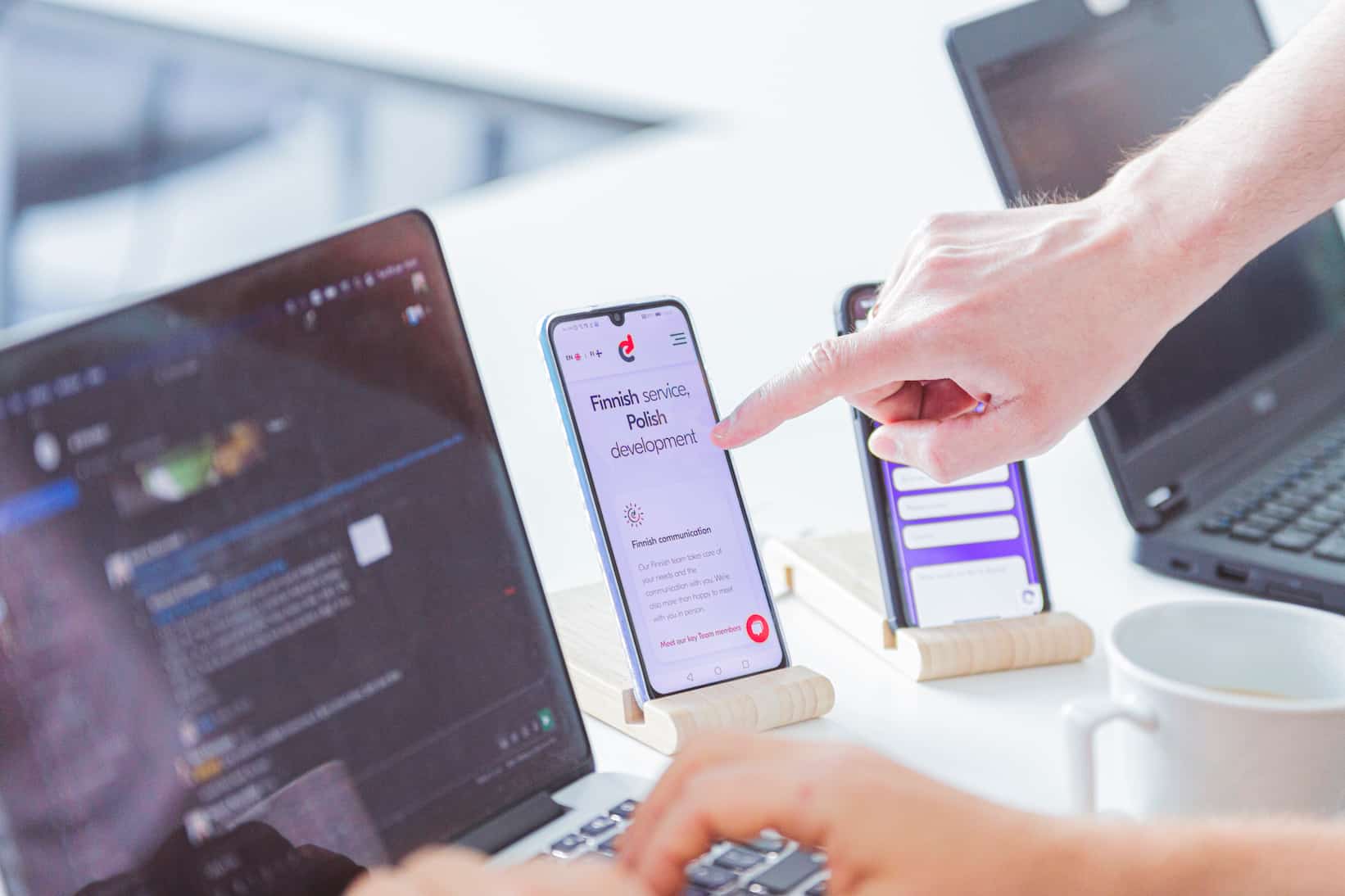