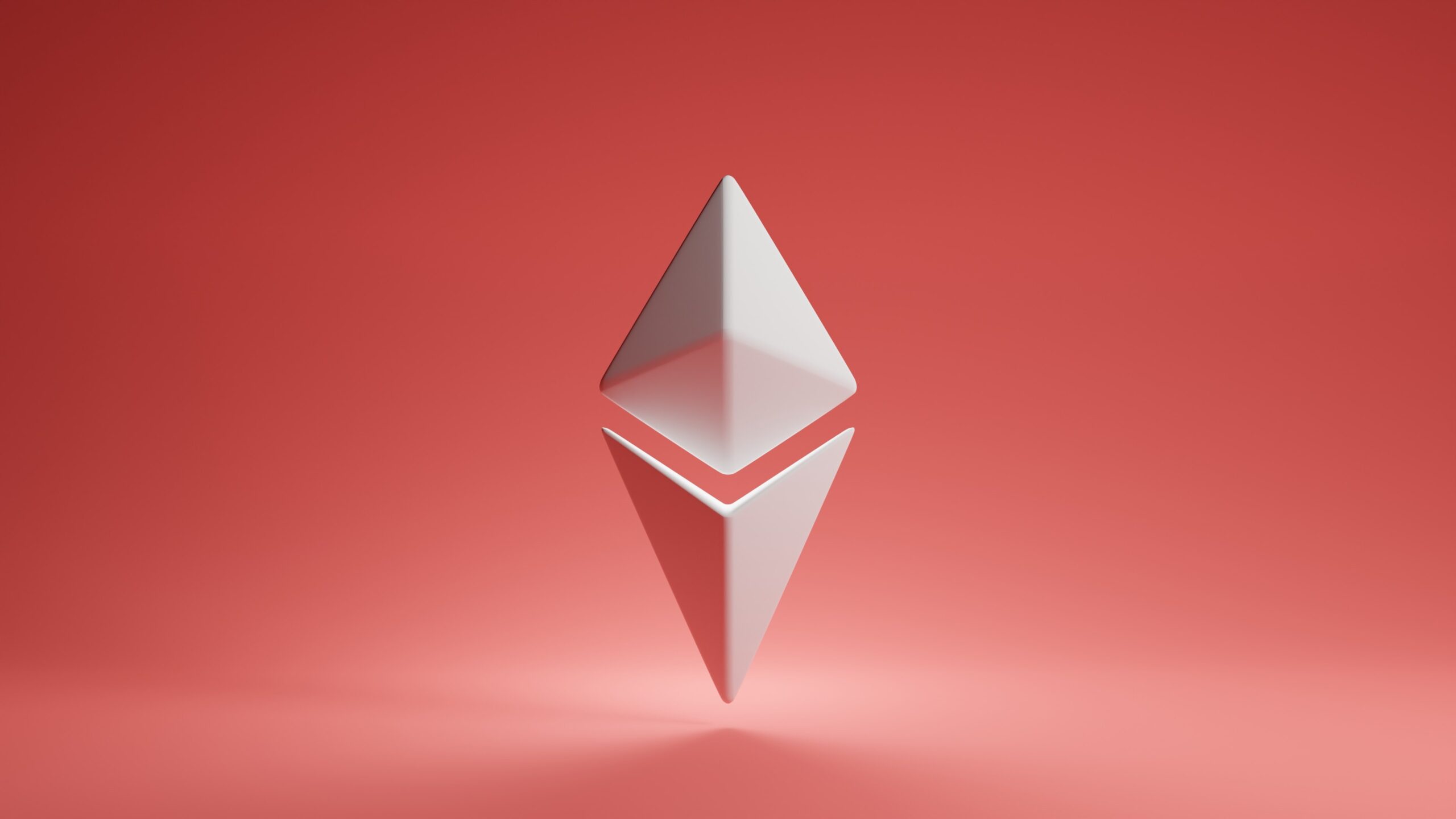 In this Introduction to Ethereum tutorial, you will learn more about one of the most important Blockchain technologies, Ethereum. You’ll learn how to interact with it, create your own private blockchain, write your own smart contracts. Lastly, I’ll show you how to deploy your smart contracts to the test network and verify it using tools that most of the developers in Ethereum are using.

You must have heard about the prices of cryptocurrencies going up and about how blockchain technology is going to change the world. Blockchain and the Cryptocurrencies are the new paradigm in the world of technology, and it can make a real difference in our daily lives. It can change how we interact with our finances, government, energy and much more.
Before we jump into our Ethereum tutorial, let’s start by explaining what Blockchain is.

It all started with Bitcoin, where all transactions are just information about who owes whom how much money/coins. It’s purely a ledger. Wallet software is a program which tracks all of your bitcoins in the network and calculates how many bitcoins you own. Wallet applications can be run on mobile devices or on the computer, and is run locally. Wallets interact with the bitcoin network and can create new transactions and read data from other transactions. But what if we took that code for interacting with the blockchain and put it into the Blockchain to be later executed on the Blockchain itself? This is where Ethereum enters.

This provides a huge opportunity for the creation of new application development, DApps. I’ve previously dived more into these: what are DApps. We’ve also discussed how to start an ICO if you’re interested in that.

Enough talk about high-level concepts, it’s time to dive right into Ethereum itself! In this section of the Ethereum tutorial, we will install Geth. Then we’ll get familiar with Geth and, by extension, the mechanics of Ethereum.

We will install Geth on MacOs but if you are using a different operating system, the official install documentation is found here .

To connect to the main network, type
$ geth
Geth will now be syncing with the Main Net. You can see the data it creates in:
$ ls ~/Library/Ethereum/
geth geth.ipc history keystore testnet

Stop the process with CTRL-C. The main net has a lot of data and it would take a long time to have it synced. Worth noting:
geth.ipc exists if and only if Geth is running.
All downloaded and indexed data is stored in chaindata/ folder. To start afresh you may safely delete its content.

Now we know how to connect to the Main net, but due to the long syncing time, we will now connect to the Test Network. The Test net we will be using is called “Ropsten“, with id 3. It’s one of the most popular test networks as it also uses the same PoW consensus algorithm as MainNet and we will be using it in this Ethereum tutorial.
Start syncing with testnet by typing:
$ geth –testnet

Similarly, you should see it synchronizing from the test network. You can see the data it creates in:
$ ls ~/Library/Ethereum/testnet
geth geth.ipc history keystore

You could let it sync, the default –sync mode is “fast“, it should take you a couple of hours to sync with the whole test network. Unless you don’t want to wait a couple of hours, then stop the process with CTRL-C and clear the chain data already downloaded :
$ geth –testnet removedb
/Users/ahetman/Library/Ethereum/testnet/geth/chaindata
Remove this database? [y/N] y
Remove this database? [y/N] y
INFO [01-28|21:36:08] Database successfully deleted database=chaindata elapsed=1.072ms
INFO [01-28|21:36:08] Database doesn’t exist, skipping database=lightchaindata path=/Users/ahetman/Library/Ethereum/testnet/geth/lightchaindata

Now you know how to connect to the Main net and Test net, it’s time to move on in our Ethereum tutorial. Now, let’s create your own Private network.

Private networks are used to create your own blockchain. It’s entirely new and its transactions and blocks, including the first one, are not shared with other networks, or blockchains.
To define a new network, all you need is:

Another client will need the same network id and the same genesis file to connect to your blockchain.

If you want to connect to another node, you need to have its genesis file, having only a network ID won’t be enough.
The private network is not as private as you may think. Due to the Ethereum protocol, anyone with the right parameters can connect to it, unless you specifically customize Geth not to look for and accept connections.

Notice how difficulty is set extremely low, here 0x400, i.e. 1,024. This is to ensure that Geth on your host is able to mine right away. The first blocks will be mined really fast before stabilizing to 10-15 seconds for every other block once Geth has adjusted the difficulty.

If you omitted this difficulty parameter it would start as per the main net, i.e. 0x400000000. You can confirm this later with > eth.getBlock(0).difficulty. The way to fix that is to delete the content of ~/Library/Ethereum/net357/geth/chaindata and start again.
The config element defines at which blocks this network uses certain protocol changes that have appeared later in the life of the main net.

Our network id is 357 and the genesis file is in ~/ESPEO/genesis357.json. Beside the mentioned parameters, in order to avoid getting mixed up with the main chain data, you also need to specify a data folder, in our case let’s choose ~/Library/Ethereum/net357. Let’s save the following code in ~/ESPEO/launch357.sh. This will save you from repeatedly mis-typing it:

If you don’t see these lines, then the init ~/ESPEO/genesis357.json command was unsuccessful.
Check also if the IPC endpoint points to the proper geth.ipc.
INFO [01-28|23:46:56] IPC endpoint opened: /Users/ahetman/Library/Espeo/net357/geth.ipc

It’s possible at this point that it might synchronize by itself with random strangers on the network. If this happens, stop the process (CTRL-C) and choose another network id.

There’s also a possibility to give additional command line arguments for not being discovered by other nodes.

And even to stop geth from syncing
The init command has to be run once. In particular, if you clear the content of ~/Library/Ethereum/net357/chaindata , you need to run init again.

In order to interact with our node, let’s add a console to it. Update the line in launch357.sh:

The console is a Javascript console that lets you send commands to Geth. As it’s Javascript console, all javascript functionality applies here.
Type “eth,” that gives you the list of available methods. You can also type “eth.” then press TAB twice, for code suggestions. Let’s go through a few commands.
> eth.accounts
[]

No account, as we didn’t create any yet. This command and any other command typed like this, works in this way: the console is connected to Geth via the geth.ipc file. When you type and return eth.accounts you are making a synchronous call to Geth to retrieve its list of accounts.
Let’s make a synchronous call to get the latest block number:
> eth.blockNumber
0

Here we again find the parameters of our custom genesis block. Notice also how receiptsRoot, stateRoot, and transactionsRoot are equal. These 3 roots are the 3 Merkle roots that each Ethereum block header contains. And since we have nothing but an empty tree for the 3 of them, they share the same root hash.

No one is connected to this network. A useful console shortcut to see the list of initial commands is to type 2 spaces then hit TAB twice.

Before we start doing anything interesting with Geth in our Ethereum tutorial, we need accounts. You can create as many accounts as you want. Creating an account just means creating a private key locally. It doesn’t mean that other computers are aware of it.
Let’s create one:
> personal.newAccount()
Passphrase:
Repeat passphrase:
“0xfe894b9c85df02878b84e284c8a5fc092845878a”

You will need the passphrase because it’s used to encrypt your private key on the disk. The same passphrase is then required to decrypt the private key when you need to use it:
> personal.unlockAccount(eth.accounts[0])
Unlock account 0xfe894b9c85df02878b84e284c8a5fc092845878a
Passphrase:
true

Now the account is unlocked, but only for 5 minutes, after which time it is again locked. So, remember this personal.unlockAccount command, you will have to use it a fair number of times. If you don’t want to type this command many times along with the passphrase, as seen in this documentation, you can give it a password and a duration.

Now we will check how many Ethers this account holds:

We have our account, it’s time to start mining and make some ether. To start the mining process you will need to type a command. All mining rewards go to eth.coinbase which defaults to eth.accounts[0]. Confirm that eth.coinbase returns you an account and let’s start mining:
> eth.coinbase
“0xfe894b9c85df02878b84e284c8a5fc092845878a”

1 means it will only start one process. As we run this command on our local machine and we don’t compete with other miners, it will be very quick.
The first launch will take time as it creates the 1.5GB Ethash file. This extra-large Ethash file is part of Ethereum’s pick of a hashing algorithm that foils ASIC-based mining.

After a few blocks you can type:
> miner.stop()
true

Here, we have mined 5 blocks. Each mined block awards 5 Ethers. We’re alone in this network so all rewards go to us.

So far all the blocks you’ve mined were empty:
> eth.getBlock(0).transactions.length
0

Now we will perform our first transaction. Before we do it we need to make sure that mining is not running, so type:

Great, mining has stopped so now we need to create another account to which we can send a transaction.

After running this command we should get something similar to this.

The second way lets you specify how long your account can be unlocked.

To make it a little bit easier for controlling the transaction, I will make the second transaction and save its hash to the variable.

Let’s see what the transaction represents:

We see two of the same transactions with values displayed as hexadecimal.

We can also see the nonce at 0x0 and 0x1 which means this is the two first transactions ever for this account. All transactions are numbered sequentially. This helps assists miners in ordering your transactions.

Let’s check the balance of the second account to see if it is still at 0:
> eth.getBalance(eth.accounts[1])
0

Still, 0, because the transaction hasn’t been mined yet. All of these transactions are still pending and are in the txpool to be picked by the miner and put in the block i.e mined. Let’s start mining.

Wait for it to mine a few blocks, then:
> miner.stop()
true

You can see that in the “Commit new mining work” there is a number of the next block 6 because we mined 5 before and the number of pending transactions txs=2.
Now we can check if our second account got some ether.
> eth.getBalance(eth.accounts[1])
6000000000000000000
Yes, it has and it got 6 ether in total, the same value as we sent in two separate transactions.

And that’s it! You’ve completed your Ethereum tutorial. You now know how a basic Blockchain concept works. You can install Geth and connect to the Main Net or Test Net, make transactions, create new accounts and mine. You know also how to create your own Private network and how to operate it. You’ve got the introduction to the Ethereum covered.

There are many more commands that are at your disposal. I encourage you to discover them on your own, go through another Ethereum tutorial and experiment with them to see what they can do. Or we can come to your office and teach you. Check out our blockchain training.