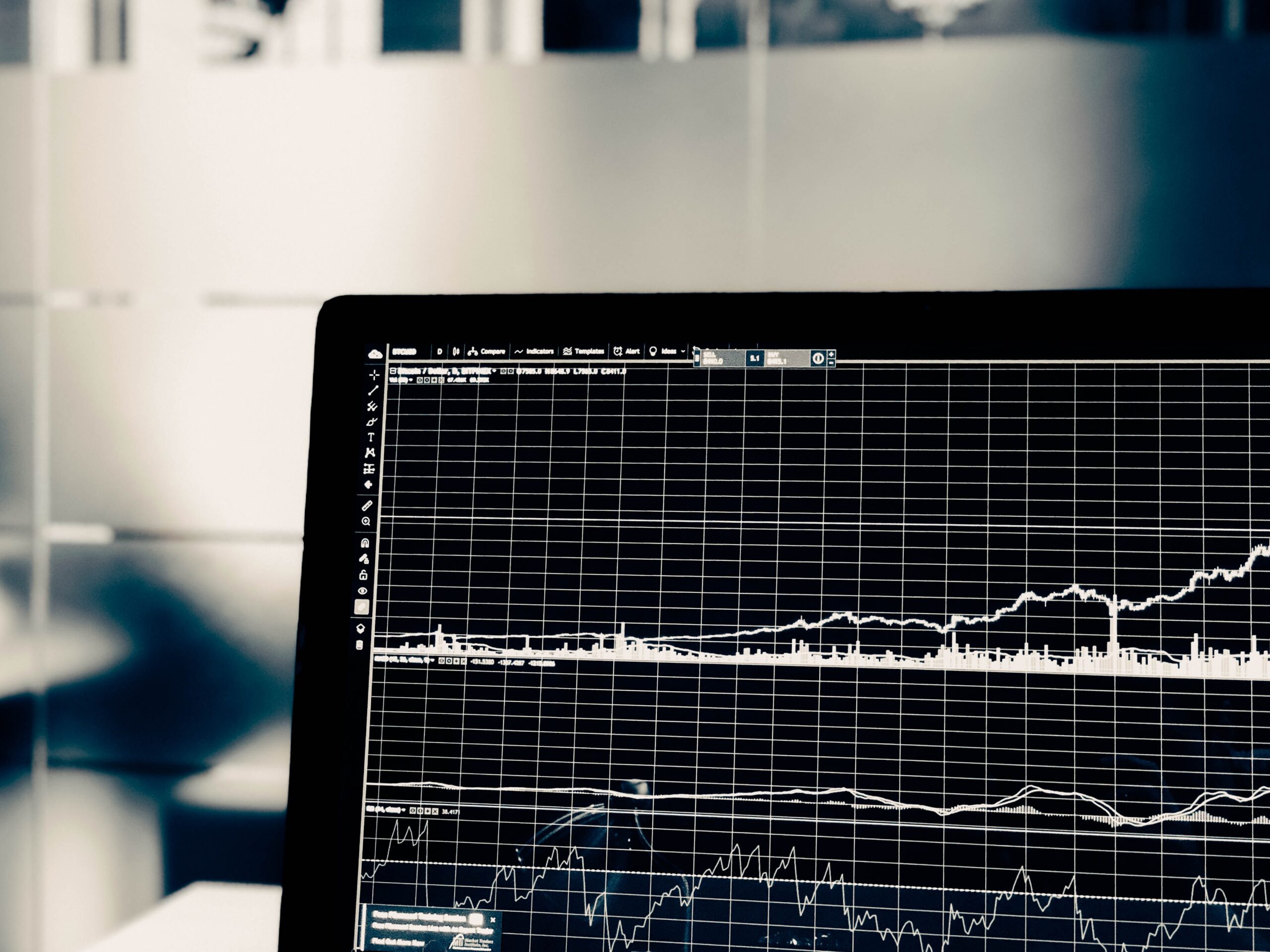 Blockchain is a new word for innovation. When bitcoin was created nobody thought that it would just be the beginning. I’m not talking here about the numerous ICOs that come and go but about entire blockchain platforms that have emerged over time. They provide services that fill the gap within the existing ecosystem. So, which one is the best blockchain platform?

Blockchain — what do we need it for?

Before we dive into the best blockchain platform topic, let’s review the basics. Blockchain is basically a ledger, but one that is distributed. Based on advanced cryptography concepts, blockchain assures that the state of a ledger is persistent and trustworthy at all times. Every participatory node of blockchain has a copy. It doesn’t require a third party authority to tell what in a ledger is true or false.

That’s why we need blockchain. Because thanks to it we can, as a society, get rid of mechanisms that could be replaced by an algorithm. It allows to get rid of manipulations, avoid not fulfilling agreement statements and intrigues which are often a burden to humankind.

Let’s put it simply. Scalability is all about network’s growth and how many transactions can the network handle at a given time. blockchains are great, but why, for example, won’t Amazon introduce bitcoin payments?

What is a consensus mechanism?

Ethereum is one of the most popular blockchains. It’s a public network in which every user can participate freely. Many entrepreneurs choose it as the best blockchain platform for their ICOs. All transactions in Ethereum are public and can be seen by others. As I have mentioned before, it uses Proof of work consensus algorithm which imposes scalability on issues that it deals with. Ethereum network is so popular thanks to the smart contracts that are used in executing custom logic on its blockchain. Smart contracts are written in Solidity. Deployment and each execution of a smart contract written to the blockchain will cost you gas, which in turn exchanged into ether. Ether is the cryptocurrency of the Ethereum blockchain.

R3 Corda is a semi-private permissioned blockchain which primary targets solving financial cases. Each network has a doorman service that has a set of KYC rules that must be provided to join the network. If a peer is accepted, a certificate is granted that will help identification inside the network. By default, information about transactions is only shared with those who participate in the transaction.

There is no single central store of data. Instead, each node maintains a separate database. As a result, each peer only sees a subset of facts on the ledger, and no peer is aware of all the facts in a ledger. In Corda, transactions to be accepted must achieve two types of consensus: validity and uniqueness. The so called Notaries take care of it – they can be either centralized nodes or distributed using a pluggable consensus algorithm like RAFT or BFT or any other. Smart contracts in Corda implement any JVM language, however, Kotlin and Java are most promoted. The contracts can attach a Legal prose document which can be relied upon in the case of legal disputes in the real world.

Contracts only validate the transactions in a pure and stateless way, they verify functions they don’t connect with the outside world. Transaction contains all input and output states. Contracts are packaged to CorrDapp (Corda distributed application) with other objects. Other objects that CorDapp can consists are Services (Oracles and Notaries) and Flows. Flows are contained in the so called FlowLogic class and are used for handling business flow scenarios.

Oracle services provide the data from the outside world to the ledger. The already mentioned Notaries run consensus algorithm and prevent the same transaction from being run twice. Notaries can also validate a transaction if they wish to. CorrDapps are packaged to a jar and deployed on node basis.

Quorum is a permissioned network designed to process financial transactions. It’s sometimes discussed as the best blockchain platform for enterprises. Actually, it’s advertised as an enterprise-focused version of Ethereum. It also tries to stay as close as possible to the existing Ethereum codebase.

When designing smart contracts with Quorum, you can use the same tools similar to the one while developing contracts in Ethereum. Concerning the public-private division, you must think in advance because you can’t change to private contract once you make it public. Additionally, you must know that while designing a private contract you can’t modify public contracts because not all nodes will have the possibility to execute the private transaction. They will end up in a different state for that public contract.

Quorum nodes will connect only with other Quorum nodes which you can specify by using Network/Peer permissions management. Higher performance is available thanks to using RAFT or Istanbul BFT Consensus algorithms. Additionally, the pricing of gas has been removed, although Gas itself remains. Quorum itself is build from Quorum node (a modified geth client) and Constellation which additionally consist of Transaction manager and Enclave they work together to ensure submitting information in a secure way providing transaction privacy.

Hyperledger Fabric is a private permissioned blockchain deployed within or across organizations. Every member in the blockchain is certified. To receive access the user must be authorized first. Hyperledger Fabric supports private transactions by creating multiple ledgers called channels. By default, a network will run without any consensus algorithm which supports pluggable consensus algorithm. But, you can plug in Practical Byzantine Fault Tolerance or even a custom-made one if you wish to.

Smart contracts (called Chaincode) in HyperLedger fabric are written using Golang or Node.js. Chaincode is running in the Docker container – so it’s isolated from any other processes. If you want the chaincode on two channels, then you must deploy it twice. In some cases, Hyperledger might be the best blockchain platform for in-company business use. I also wrote about this here: Hyperledger vs Ethereum.

Stellar is a public blockchain, focused on managing assets. There is no possibility for private transactions on Stellar. Therefore, it’s not the best blockchain platform if that’s what you’re looking for. It has its own cryptocurrency called Lumen which is a native asset of all other assets that are created by users. Assets are exchanged in the network by providing a trustline between issuer of an asset (called anchor) and buyer. In addition, to support the issuing and movement of assets, the Stellar network also acts as a decentralized distributed exchange.

Stellar uses its own consensus mechanism called Stellar consensus protocol. Smart contracts are made by invoking API methods on Stellar Horizon servers or using sdk (it translates to the same API calls). Stellar smart contracts aren’t complete and they operate around asset ownership. However, for some contracts this is exactly what you need. Also, it’ll be around 10000 times cheaper than the Ethereum solution.

XRP is similar to bitcoin but it magnifies faster than bitcoin can scale to provide similar number transactions per second to Visa. Each transaction lasts about 4 seconds and is deterministic. What’s more, each transaction in XRP is validated by validators and everybody can become a validator. It’s also saved in the blockchain ledger. XRP has its own consensus mechanism. Ripple has a decentralized exchange and arbitrary assets. Ripple has been criticized for not being truly decentralized, or for using only a few core validation nodes.

Public Blockchains are exposed to the world and everybody can read and access them. They have also proven that their security mechanisms work. With private networks, we are sure that the information is revealed only to sensitive parties. Private networks aren’t fully tested, at least not as the public one, so some security gaps may appear in future. Private networks tend to be faster as their consensus algorithm works in a rather friendly environment with a limited number of users.

Ethereum, R3 Corda, Quorum, Hyperledger Fabric each have a mechanism for implementing Turing-complete Smart contracts. Corda contracts are set of stateless functions and only verify the transactions. In Stellar, we can only have simple contracts they are not Turing-complete. Ripple has no notion of smart contracts.

What do I choose?

So, as you can see there is no single solution to fit all needs. There’s no best blockchain platform for everyone. Ethereum (at least for now) is unique and it would be hard to find a replacement for it. Platforms known as an Ethereum killers (NEO, EOS) aren’t fully flagged products yet. Only time can tell if they ever will be. In case of public assets management, there are two platforms Ripple and Stellar. When it comes to Ripple, it’s more popular for its cryptocurrency transactions but not that many users know that it possesses many Stellar’s features.

When it comes to private/permissioned blockchains, Quorum and S3 Corda were developed to serve in financial specific domains. Quorum is recently stating in its official documentation that it can serve other domains as well (of course if it makes sense). S3 Corda has capability to Legally bound its contracts by attaching legal prose which is unique in the blockchain world. Fabric has a multimodular architecture and any domain can be implemented in Fabric, it also has a nice framework for developing blockchains called Composer. To use a blockchain, you must have a certain need that will boost your business. The final best blockchain platform choice is best left to experts.