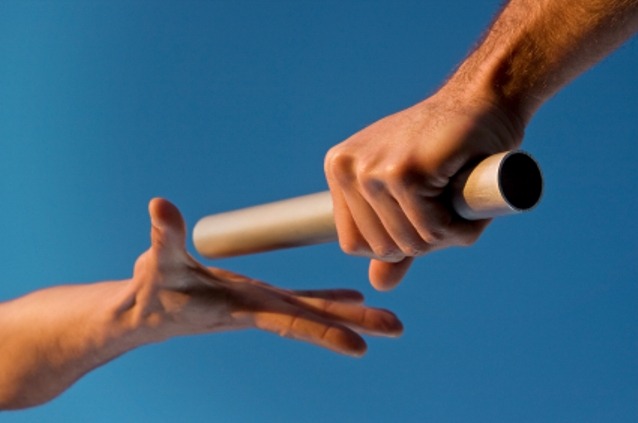 Espeo BHAG, Episode 3: “Step by step towards the Big Hairy Audacious Goal, or why it is easier to run a marathon in a relay”

The temperatures were getting higher and higher as the second quarter of our 2015 BHAG race was closing. Now that summer has just begun, all forecasts say it’s going to be even hotter. Luckily, Espeo is ready to welcome it with a big smile. The spring has definitely been a busy period for us but we didn’t let grass grow under our feet. Here’s a brief summary for those who have been following our ambitious last year undertaking (Espeo BHAG, Episode 1) with interest.

A transparent matrix as a precious guideline on our way

Espeo success is people: those who make our team now and those who will in the future. That’s why we do not want a sheer chance to rule who we hire and what happens to the people who are already on board. In the recruitment and talent management job good intuition and reflexes are very important, for sure, but as the company grows it needs well proven processes and some automatization. Achieving comparable results is getting more and more difficult if one addresses things intuitively as they come along. If you care about keeping the sense of fairness and ensuring comparability of results over time on a bigger scale, it’s even more challenging. That’s why we needed to introduce some change.

I admit, the works were time-consuming, as the system developed for about half a year and took several shapes before it finally turned into what it is today. Again, it turned out that balance is the best solution. Before we stroke it right, we roamed a bit. Our first approach was too centralistic, not engaging ordinary team members in a sufficient degree. When we realized that, we exaggerated in the opposite direction, which didn’t produce optimum results either.

Today, having achieved the golden medium which seems to answer all present business and technical needs of Espeo, we have 10-elements’ competency matrix which makes the processes of recruitment and periodic appraisal go smooth and efficient. It also makes everyone calmer and more confident that the evaluation is fair and objective, always according to the same factors. We feel we are now able to recruit exactly who we need, track our employees’ skills’ development and to remunerate it properly.

Be paid for your competencies

Here again, similarly to the above, before we introduced the new system, remunerations were based more on intuition and individual negotiation rather than on something that could provide 100% objectivity, a sense of fairness, transparency and order. Sadly, it also generated a lot of unnecessary negotiation and didn’t ensure much foreseeability – neither to the employees, nor to the employer. As we developed, it turned evident that we couldn’t afford what had not disturbed anybody’s dreams when the team had been small.

Again, the evolution of the final remuneration system was time consuming and frazzled the nerves and patience of many. Anyway, the effort was worthwhile, as today we may sincerely and openly say that Espeo has a fair and transparent remuneration system, which means every person with similar level of skills (including wide range of technical and soft skills demonstrated to both colleagues and clients) receives the same basic salary and agents like the period of service or additional roles are also extra rewarded.

The system also helps us to regularly update the salaries when employees acquire new skills, roles or the next year goes by. It makes it easier to plan the remuneration budget and provides valuable information to candidates and employees concerning the future levels of their remuneration. Being able to manage competencies and remuneration easily let us also decide to introduce another meaningful change and start paying salaries to Espeo intern developers, which pays us back with better quality internship candidates.

Some sport plus an apple a day keeps our worries away

We’ve been saying a lot about how much balance is important for us and how this approach determines Espeo’s success. To keep the ball rolling we’ve introduced some next employees’ pleasures like free fresh seasonal fruit every day for everybody in our Poznań office. The first cycle of squash league was played, the champions were revealed and the new one was opened. Those who don’t find satisfaction in hammering the wall can still play football or train running which is motivated by the Espeo Running Team’s regular starts under the emblem “Running is like coding. Not as boring as it looks”.

It is easier to run a marathon in a team relay

To sum up, we have a timid impression that our BHAG (to become the best Polish IT employer until the end of 2020) is doing well. Running a whole marathon individually is very difficult (and not many of us completed it last April), but if you divide it into smaller stages and approach it with a reliable team it can be fun, which we experienced in June starting in XLPL Eikiden relay race and finishing it with a great result.

As for present, we have just recharged our batteries during canoeing team building integration trip last Thursday and we are getting ready for yet another relay race in September (Poznań Business Run) which surely will be a good opportunity for another summery of Espeo’s ideas and efforts to succeed in our own marathon of becoming the best IT employer in Poland.