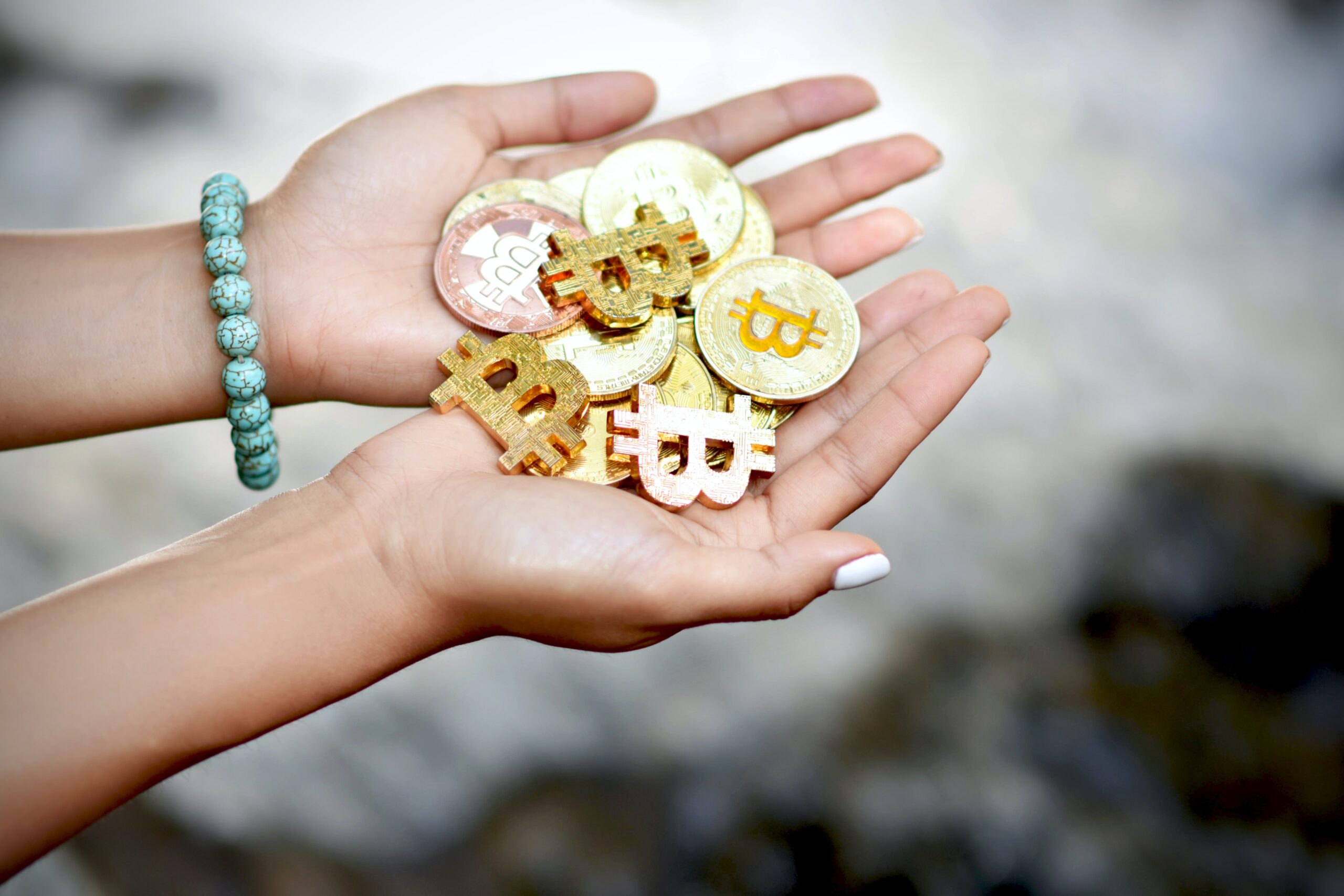 Cryptocurrencies in 2018: Where the investment market stands

Cryptocurrencies in 2018 started at an artificially high point. Intense interest fueled by Bitcoin’s rapid rise captured the world’s attention. Demand from both private as well as institutional investors inflated prices. The blockchain space has since evolved. Hype for a poorly understood technology has given way to some truly functional projects with strong business value. In turn, investors from Arab sovereign wealth funds, European asset managers, and private investors continue to diversify with cryptocurrency holdings.

High net worth individuals are currently examining acquisitions on a large scale. Private investors are constantly hearing phrases such as: “If I had only bought a few bitcoins back then, I would be rich today.” All you had to do was sell your bitcoins at the all-time high of $19,783.21 on December 17, 2018. However, before one or the other investor starts to dream, it’s important to remember why cryptocurrencies emerged in the first place. The underlying technology is shifting business models and the way we interact with one another.

In November 2008 during the global financial crisis, Satoshi Nakamoto released the bitcoin whitepaper. The text extolled blockchain technology — the basis of bitcoin, and cryptocurrency. What started with 50 bitcoins at that time can grow to a maximum of 21 million digital coins by the year 2140. In 2010, the first Bitcoin exchange office went online.

Two Florida programmers — lacking fiat currency — made the first bitcoin purchase on May 22, 2010. They paid 10,000 BTC for perhaps the most expensive pizza ever. Since then, the first cryptocurrency transaction has gained mythical status in the blockchain space. Enthusiasts celebrate it as Bitcoin Pizza Day. But what’s behind bitcoin? Put simply, it’s a digital currency based on blockchain technology. All transactions go into a transparent database — an immutable distributed record of transactions.

Bitcoins are the rewards for lending your computing power to solve the cryptographic puzzle of writing transactions to the blockchain. Other cryptos have slightly different consensus mechanisms but they generally follow a similar pattern. Meanwhile, there are several ways to buy and store cryptocurrencies. One way is to purchase coins from a cryptocurrency exchange and store them in a “wallet.” The device stores and transfers coins between users. There are both online, or hot wallets and hardware, or cold wallets. Hardware wallets are the most secure because they are completely detached from a computer and the internet. Online wallets, meanwhile are quick and easy to use, but there’s a higher risk that hackers will target the online marketplace and the bitcoins will be lost forever.

At the beginning of 2018, various finance houses were tinkering with crypto and blockchain offerings. Some investment funds (Switzerland, Luxembourg, Liechtenstein) were in the pipeline for the first quarter of 2018, and certificate solutions on multi-currency baskets were also under review. Below are some of the advantages of cryptocurrency.

In a peer-to-peer network, there is no central authority, state, or bank that controls or prevents payments made within the network. If you’re currently working on your own cryptocurrency or building a decentralized platform, Espeo Blockchain can help you code it or appropriately store the data or build solid development and security pillars for it. In the current climate, it is essential to build a thorough base and have a strong business plan.

Currently, more than 1.7 billion adult people worldwide do not have a bank account, which means that the vast majority of humanity is completely excluded from finance. However, nearly six billion people worldwide have a smartphone with Internet access. With bitcoin or other cryptocurrencies, these people can also do business without a bank account or credit rating.

Bitcoin has no central authority and its cryptographic algorithm limits the maximum number to 21 million. Unlike fiat currencies and the central banks that print them, however, can print unlimited quantities driving inflation.

The structure of the blockchain guarantees a high level of security. Decentralized, distributed networks of nodes make it extrely difficult to hack. Once stored on the blockchain, no one can change the data. Interestingly, there are over 100,000 daily hacker attacks on bitcoin and nobody can get through. What shows that blockchain, the technology which stays behind bitcoin and other cryptocurrencies is just unhackable.

There are now more than 2,000 different cryptocurrencies in 2018. Rino Borini, co-founder of Finance 2.0 and program director of CAS Digital Finance at Zurich University of Applied Sciences advocates for cryptocurrency. “In a digital world, he said, “digital currencies are only logical.” Bitcoin is still the clear leader, followed by Ethereum, Ripple, Bitcoin Cash, Stellar, and EOS.

Which currencies will hold their own in the future is difficult to predict, as they compete for market share. Many experts believe that most of the existing coins will fail, leaving the most useful projects as market leaders. It, therefore, makes sense for investors to concentrate on the well-established players. Even professional investors, who are now investing in this asset class, spread in multiple currencies, instead of putting everything on a map.

Easier than creating a digital wallet are investments in cryptocurrencies via classic securities. These are slightly less risky and are also available for less experienced investors. You can read more about them here: security token explained, ICO vs STO. With a commitment in a structured product, specifically a tracker certificate, one does not invest directly in the cryptocurrency but follows the price movements like a shadow.

Investment risk depends on price losses and creditworthiness of the issuer (default risk). However, the investor must remain vigilant. Just because he has purchased a tracker certificate from a bank, it doesn’t mean that it’s iron-clad. Should the price of his cryptocurrency crash or even disappear from the market, there is, of course, a total default risk here as well.

Bank Vontobel was the first issuer to launch a tracker certificate with the ZXBTUV — Voncert on Bitcoin in mid-2016, which has gained more than 2,500% since its launch (as at 18.12.2017). At that time, the product was sold for $664 USD, at the close of the transaction, it was worth $19,120. The certificate was quoted in US dollars and allowed investors to participate 100% in bitcoin price development.

The product ZXBTUV expired in July 2018. Switzerland saw a rapid expansion in blockchain startups. A rush to develop profitable blockchain projects and cryptocurrencies in 2018 prompted an enormous demand for software development. Switzerland’s Crypto Valley has become a major hub for blockchain innovation due to favorable regulations and a deep talent pool. No wonder even Espeo has a foothold in Zug.

Earlier this year, the market experienced a market correction as the frenzy surrounding cryptocurrencies died down. However, the current climate is healthier as projects have to actually reflect business value. As a result, competition in the blockchain space is fierce. Institutional issuers Leonteq and Bank Vontobel have already reacted to this. Since the end of November 2017, Bank Vontobel has been able to set falling prices with two new short mini futures on bitcoin. However, the extreme price increase already reached the stop-loss level on December 7, 2017, and the products were liquidated.

Vontobel has already added and issued new short mini futures on bitcoin. Leonteq also launched the SHORTQ last November, a short tracker certificate that had already reached the stop-loss level in less than a month due to the true price explosion and was liquidated. However, Leonteq is currently not planning to follow suit with a new Short Tracker certificate. Alternatively, since December 11, 2017, it has been possible to bet on rising or falling prices with the first freely tradeable bitcoin futures at CBOE and CME. Interactive Brokers, for example, now offers its customers to short cryptocurrencies in 2018.

As good as the bitcoin profit is, experts advise caution. “The scalability, i.e. the number of transactions per second of all previous blockchains are very bad, even with bitcoin,” says Lucas Betschart, President of the Bitcoin Association Switzerland. “New, better-scaling solutions for bitcoin will likely come,” he says. Technological progress is also making cryptocurrencies in 2018 more mature. Cryptocurrencies such as bitcoin have huge potential for disrupting traditional finance. But there are still some hurdles to overcome, such as the extremely high power consumption and the transaction times for casual payments.

Cryptocurrencies in 2018 did not see the rapid gains of 2017. However, investors who believe in the idea of a decentralized currency in the long term should seriously consider putting a certificate in a custody account. But in order to spare your nerves, don’t follow the exchange rates daily. Perhaps the best advice comes from André Kostolany. “Buy cryptos and take sleeping pills,” he said. Unfortunately, there aren’t any Swiss pharmacies that accept bitcoins, but maybe that is only a matter of time.

Jürgen Kob has worked for various banks and asset managers in Germany, Luxembourg, and Switzerland as a consultant and portfolio manager. For several years he has developed into an expert with a large network in the field of blockchain & cryptocurrencies. Today he advises companies in Crypto Valley Zug on their foundation and as ICO advisor. In addition, as a member of the board of directors of various companies, he supports strategic matters. Jürgen Kob is a member of the FINTECH Circle Institute London (UK), Crypto Valley Association and Bitcoin Association Switzerland.