Blockchain and government regulators. Will they live happily ever after?

In the following article, we want to give a brief recap of recent developments in the regulatory area of the blockchain space. We will lay down the main events that have taken place, identify trends that are emerging from them, and based on this analysis try to speculate about the future of blockchain.

Introduction to blockchain and cryptocurrency regulation

Currently, the words “blockchain” and “crypto” are associated in our society with a wide range of, sometimes opposing, emotions. Yet, despite the fact that we are struggling to balance our excitement and fear, trust and suspicion, urge to evangelize and contempt, we can no longer ignore the fact that the genie is out of the bottle. Especially, if its capitalization is around 2 trillion dollars USD.

As crypto has reached this cap in an extremely short period of time, it caught the attention of governing bodies that seem to feel a sense of unease with this phenomenon. The tension between the crypto industry and government regulators reached the point where actions, sometimes drastic, are taken and the very existence of this market is at stake. For instance, Diem, a blockchain project that started at Facebook, has been recently closed by the United States government as “ it nevertheless became clear from our dialogue with federal regulators that the project could not move ahead ”.

Cryptocurrencies, laws and regulations – what is the reason for the tension?

We will start this overview with an answer to the question of why there is tension between regulators and the crypto industry in the first place. The simple response is that it is a matter of value hierarchy.

Governments tend to prefer stability over growth. They impose this inclination by regulating the activities of intermediaries which in turn offer their services and products to clients. To protect customers even more, the intermediaries usually have a duty to be transparent and substantially backed by authorities in order to eliminate i.e. risk of money laundering.

As a result, trust and security are built in a series of steps between government and market agents. On the other hand, the crypto industry at its very heart chooses growth over stability. This goal is achieved by removing the intermediaries and putting the trust in hands of cryptographic algorithms. As a consequence, retail investors are less protected, yet they are rewarded for this risk with greater returns and lower fees.

Moreover, a sense of privacy is created as transaction agents are not obligated to be transparent. Finding a middle ground between described oppositions is and will be not an easy task. Regulators differ in their strategies for finding a solution. Some, like for example the government of El Salvador, are embracing cryptocurrencies with all their pros and cons, while others like China or Russia are banning them. In sum, currently, the regulatory pressure on cryptocurrencies can be observed in the following areas:

El Salvador is the first country in the world to adopt Bitcoin as a legal tender. This sentence is the summary of an almost year-long story that is still unfolding.

If we briefly check Wikipedia, we will learn that this country located in Central America has a population of around 6.8 million people and before the enactment of Bitcoin Law, it was using the US dollar as a national currency. Importantly, a large part of the country’s population lives abroad and sends money back to El Salvador.

These transfers could constitute even 20% of the country’s GDP and are subjected to substantial transaction fees. Moreover, a significant number of citizens do not have a bank account. These factors could make using a cryptocurrency like Bitcoin an interesting choice. El Salvador made a bold move by adopting this concept.

Here is the list of the main events that are shaping the economic future of this country:

United States of America – stablecoins and the financial system

It wouldn’t be an overstatement to say that the fate of blockchain technologies will be largely decided by the US regulators.

Although slow in investigating digital money at the beginning, recently both public institutions and the financial services industry, started to examine the cryptocurrency space and possible financial products based on blockchain technology at a faster pace in order to allow the safe adoption of cryptocurrencies. We would like to highlight the following events:

S&P Indices are commonly used as a proxy to measure Wall Street sentiment and by extension the whole US market. Creating indices for cryptocurrencies and including them in a separate and distinct asset class is an important statement that will definitely help to legitimize the technology.

We live in the era of investments based on Exchange Traded Funds (ETFs), with their ease of investing, and usually low fees they seem to be a perfect vehicle for modern portfolio creation.

Thus, with the advent of the first ETF that has a link to cryptocurrency a window of opportunities has been unlocked. It is important to stress, however, that the described ETF does not hold Bitcoin per se, but invests in Bitcoin future contracts.

The congress crypto hearing has brought to the community a level of excitement that has not been seen since the memorable hearing of Big Tech CEOs on disinformation.

During this important meeting, a new regulatory framework was proposed by Coinbase Chief Financial Officer Alesia Haas. It has been named Digital Asset Policy Proposal (dApp) and is based on four principles, called pillars, that we will quote:
“Pilar one: Regulate digital assets under a separate framework
Pilar two: Designate one regulator for digital assets markets
Pilar three: Protect and empower holders of digital assets
Pilar four: Promote interoperability and fair competition”

Stablecoins are the edge where the current financial system meets the crypto frontiers. As such, they are of particular importance to government regulators whose major responsibility is to stabilize the financial system.

In the long-awaited report, regulators insist that proper legislation needs to be put in place as the rapid growth of stablecoins could create systematic stress to the financial system. Three major suggestion has been made which we will quote:

If imposed, the requirements will regulate the stablecoins market in a tight manner similar to this that controls banks. For a more in-debt analysis, we suggest watching the video by Patric Boyle.

Currently, the Federal Reserve is investigating the possibility of creating a digital US dollar.

A report published by the Authors examines the current system of money and possible ways to include digital assets in this ecosystem. The analysis, surprisingly, concludes with a call-to-action to the general public. A set of 22 questions has been put forward with FED seeking comments and opinions about them from citizens till May.

Diem: a tale of a blockchain pipe dream

Poor Diem. Even the name of this digital currency has been a problem. Previously it has been known as Libra, yet under the pressure, the name has been changed to Diem.

It was supposed to be a set of stablecoins backed by the Diem Association which was a constellation of private companies that were willing to join the Diem ecosystem. Head winds were constant during the work on the project both from government regulators and technical sides.

Yet, it was the former that delivered the coup de grâce as stated in the final statement: “Despite giving us positive substantive feedback on the design of the network, it nevertheless became clear from our dialogue with federal regulators that the project could not move ahead. ”

The failure of this project could halt public blockchain development for years to come. If even a tech behemoth like Facebook has seen a regulatory setback so strong that the project had to be cancelled, then other companies are probably reconsidering their plans.

Soon after the announcement of the Diem cancellation Facebook shares plummeted by almost 27%.

The main event in the crypto space that has occurred in the United Kingdom (UK) with regard to the topic of the present post is a great example of regulatory pressure on the crypto exchanges.

Namely, The Financial Conduct Authority (FCA) has prohibited Binance, which is one of the biggest crypto exchanges in the world, from all “ regulated activities” in the UK. The reason for this action was the apparent failure of the company which governs Binance to become transparent about its structure and legal status (see section 2.5 of the First Supervisory Notice).

The European Central Bank (EBC) started to examine the possibility of issuing its own digital currency. The investigation is set up to take 2 years and from the initial statement, we can conclude that many technological options are considered.

However, one of them is excluded from the very beginning. Namely, EBC is crystal clear that the “digital euro is not a crypto-asset or stablecoin”.

Here we present the review of important events related to digital currencies in developing countries:

Conclusion to blockchain laws and regulations

In sum, we have presented the origin of the conflict between cryptocurrencies and regulators, and the actions that are taken by them. Emerging patterns suggest that the period of hostility and mutual reluctance between regulators and the crypto space is ending in developing countries.

With the advent of proper legal frameworks and financial instruments (indices and ETFs), consumers and the financial industry will get protection and a way to structure their actions. As a result, an even greater volume of fiat money could flow to crypto boosting the liquidity and encouraging the development of more rich app ecosystems.

However, these gains will be made only if proper transparency (Binance case in the UK), and fruitful dialogue with regulators will be established (Diem case). Finally, it is important to note that all major economies are investigating the possibility of using government-backed currencies, with China leading the race.

Thus, we can conclude with a paraphrase of Warren Buffet’s metaphor, that the blockchain economic soil remains fertile even with, and thanks to, the interference of government regulators.

The present blog post is for informational purposes only and is neither legal nor financial advice/statement. Cryptocurrencies are high-risk investments with the potential to lose all invested capital. Thus, before you make an investment consult proper authorities and perform due diligence. 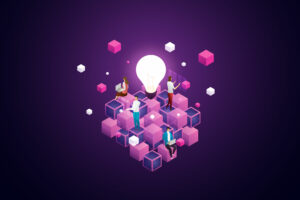 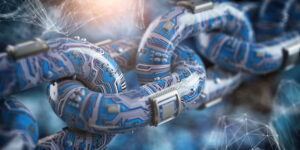